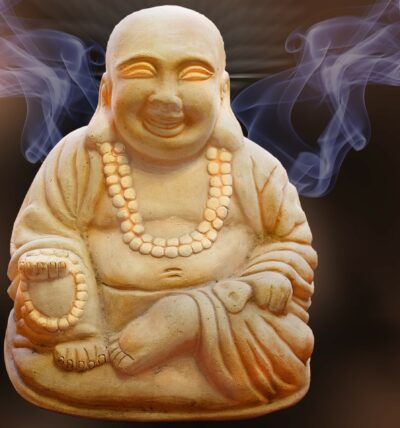 In ancient time, man lived completely in the midst of nature!

In this period of human life rivers, trees, deserts, fields and everything around him were considered part of his house! Trees were perhaps man’s first refuge from sunlight, rain and enemies. After this period, man gradually began to live inside caves by creating tools and digging mountains and rocks. After that mud and wooden houses were formed, and after tens of thousands of years, modern houses emerged.

What is Feng shui?

Feng shui is ancient science and the art of creating balance and harmony in the natural flow of energies around us!

Feng represents everything that is not visible, but life is not possible without it, such as air and energy.

Shui represents water, everything visible in life which our lives depend on.

The purpose of feng shui is to create a good energy that harmonizes human beings with their surroundings, which results in a good, happy and successful life.

Feng shui is the knowledge of a balanced and harmonious life between man and the nature around him, which dates to ancient Eastern ideas. This ideas dates back to several thousand years, which originates from Taoism philosophy.

What is Taoism philosophy?

Tao is not a religion but a philosophy that was introduced in the 4th and 5th centuries BC.

In this philosophy, everyone is responsible for his own soul, therefore he should prioritize his life and consider it more valuable than anything. Objects and foreign affairs should not overcome his personality and soul.

One who follows the Taoism, bases his belief on the unity of existence and tries to reveal his heart by avoiding material words and appearances and abandoning reason and insisting on silence.

Feng shui which originated from this philosophy is a metaphysical science, and concept of science contradicts superstition. Feng shui deals with invisible energies, and this invisible forces has wonderful and sometimes strange effects on us.