Surah An-Nur:
“Allah is the Light of the heavens and the earth”.

Light is of special importance in Iranian Islamic architecture. The presence of light, in addition to creating a religious dimension in the space makes the decorative elements more distinct. The decorative elements in the architecture of the Islamic period are designed and executed in such a way that by their shiny and radiant surfaces they reflect more light in the space. One of the masterpieces of lighting in Islamic architecture is the Sheikh Lotfollah Mosque in Isfahan, Iran, which was built in the 11th century AH by Shah Abbas I for 18 years.

In Sheikh Lotfollah Mosque, the splendor of the dome, the elegance of the tiles, the geometric fit and it’s precise and amazing lighting, have surprised archaeologists. The circular dome is decorated with Islamic motifs and the design of a peacock in the middle of the dome and the peacock feathers which shine by the light that enters from the top of the arch at the entrance and shines on it. The symbol of the peacock was also used in pre-Islamic Iran, where the peacock represented the remembrance of great people such as the Prophet Muhammad (PBUH), which strengthens the heart of the believer praying in this mosque. The presence of a peacock in the shamsah1, which is a symbol of light, refers to charity and goodness and the ultimate beauty of this architectural work to change the color of the dome at different times of the day and according to the angle of the sun it is khaki in the morning, pink at noon and gray in the sunset. Other special cases of lighting this space are sunlight and radiation on Quranic verses, which are fully calculated. Whenever the sun shines on these Qur’anic verses, one verse is displayed perfectly, and at another hour, the sun shines on the other verses.

Completely, light is of special importance in Iranian architecture. Man’s relationship with the dawn, with the sun, with the day, with the light, with the night, with the moon, with the sky is considered and spatial patterns have always been involved with these categories. Sheikh Lotfollah Mosque is one of the most amazing examples of the connection between light and architecture, space and humanity.

1. The symbol of the shamsah (sun), which can be seen in most works of Islamic art, has many symbolic meanings and concepts. For example, it can be mentioned as a symbol of divinity and the light of oneness 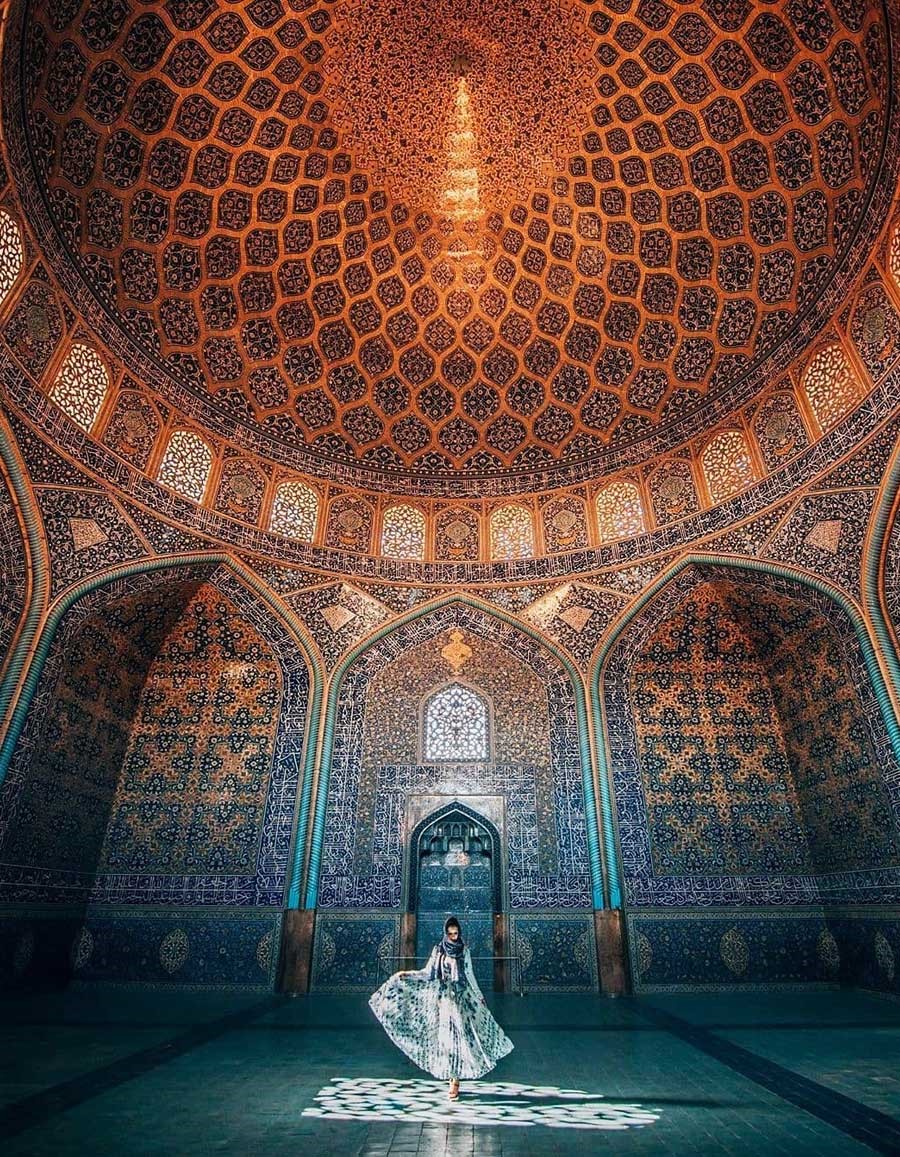 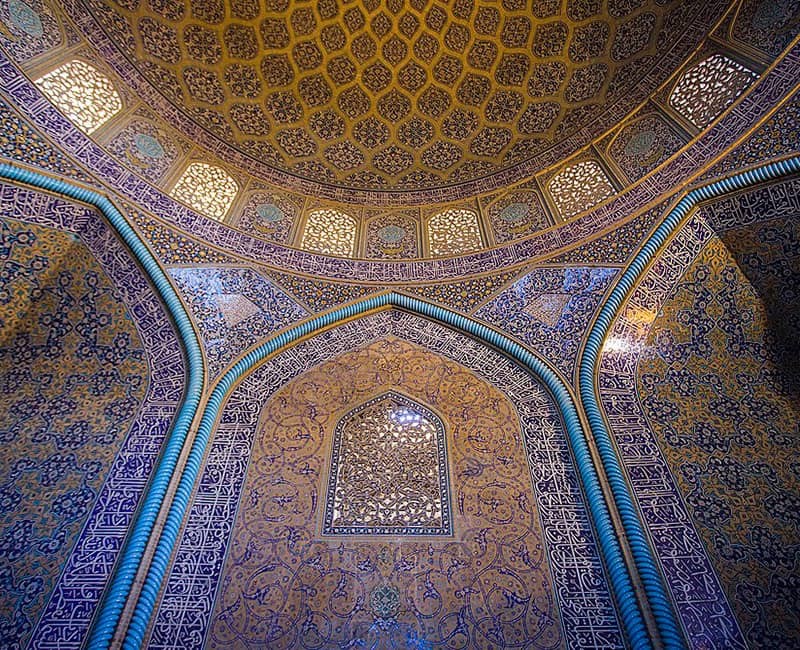 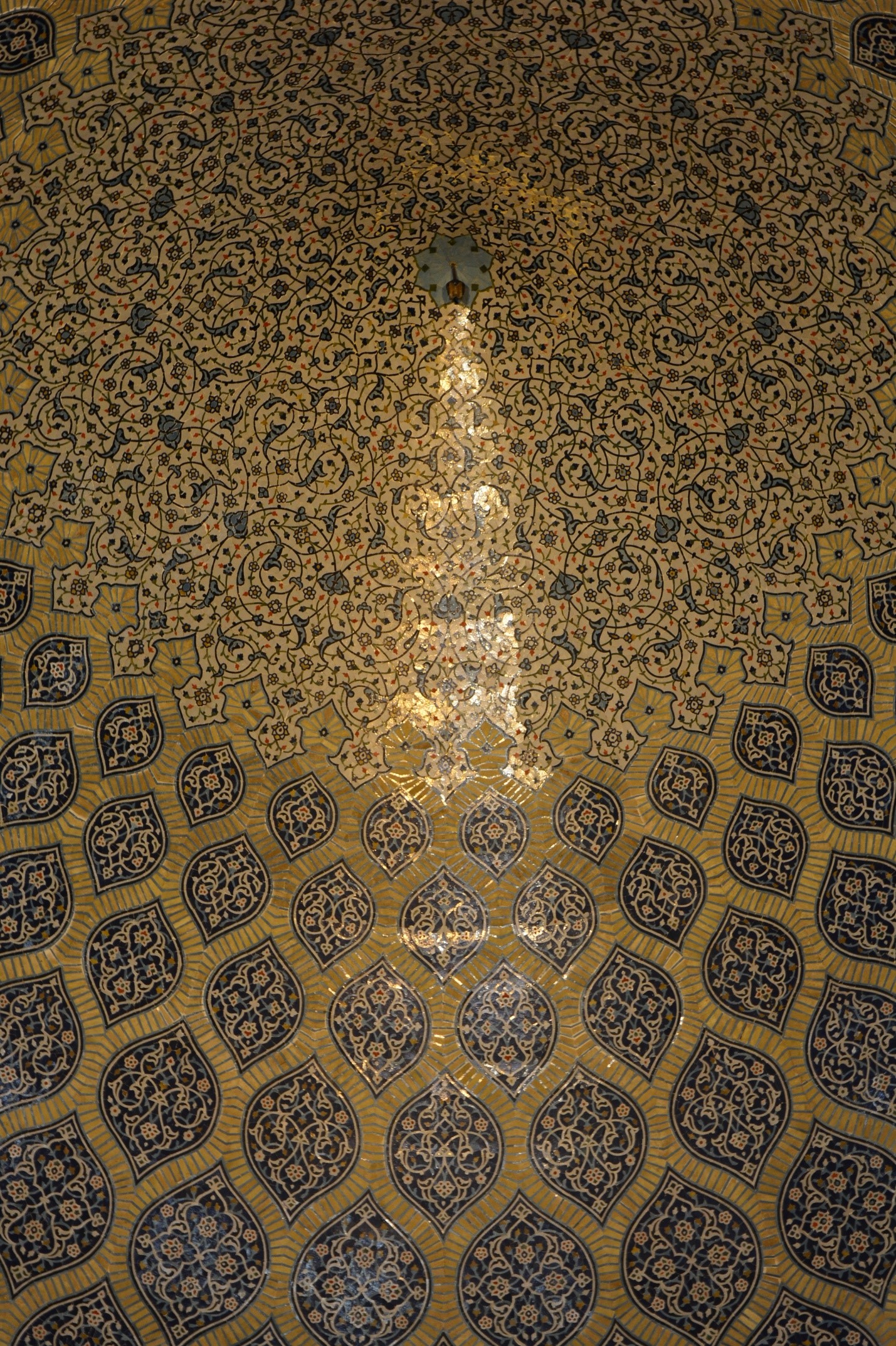 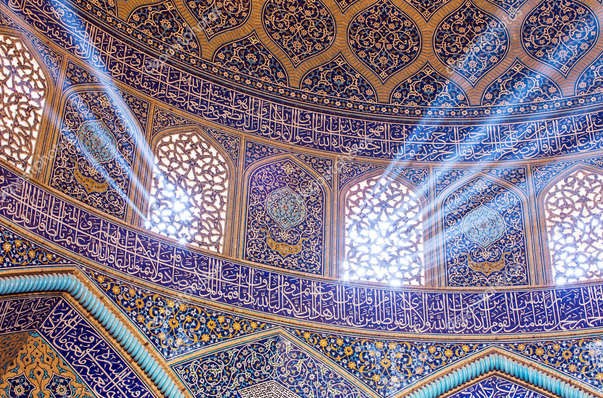